In order to be able to administer the Unify IP phones (regardless of whether SIP or HFA) from a central location, the OpenScape Deployment Service, DLS for short, must be configured in the IP phone.  This can be done in three different ways:

The manual configuration in each IP phone (via the phone user interface or via the web-based management), is of course an insane amount of work for many phones and accordingly the worst option:

The DLS can also distribute foreign IP addresses, so that e.g. the DLI of an OpenScape Business or OpenScape 4000 can be entered without the DLS itself getting control of the phone later. However, all IP phones that are to be added later would then also have to be scanned or manually assigned the DLS IP address.  Furthermore, IP phones cannot be scanned as long as there is someone on the phone. This variant is already more comfortable than the manual one, but still not the best. 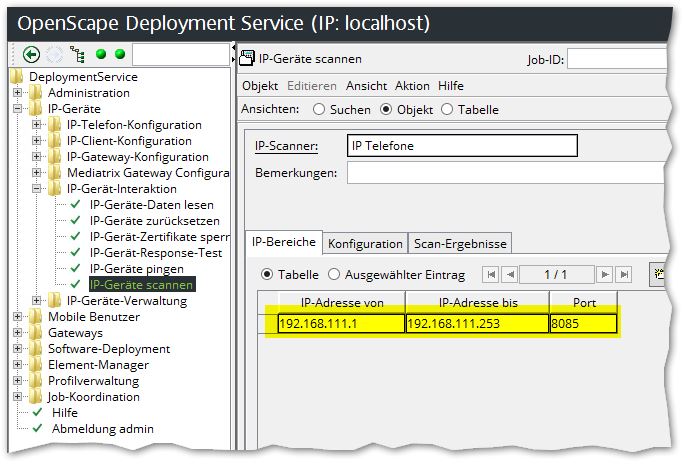 In the scanner object, go to the Configuration tab and in the DLS address field, write the IP address that should be entered into the phone. Enable Allow ICMP pings to make the later scanning faster (must be allowed at the client, of course): 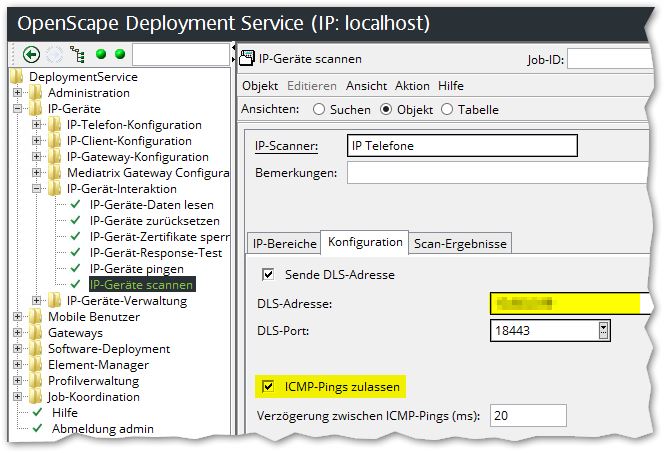 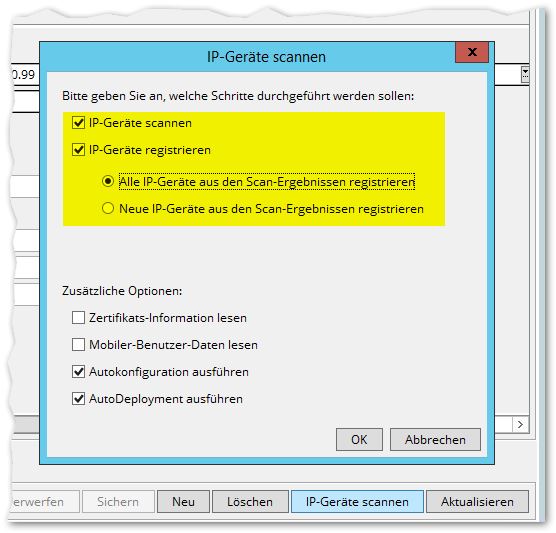 For the DHCP issue, there is a small tool that lets you create the Linux scopes or the Linux classes without having to tinker with the hex strings yourself: https://techniker-meyer.de/dlsdhcp.html

Here are some other popular posts:

A lot of work goes into this blog!

And while I create the articles, I drink a lot of coffee. You are welcome to buy me a coffee.

I'll buy you a coffee!

If you are satisfied with my work, I will be happy to receive a positive Google review!

With my newsletter you will receive new blog entries once a month by mail.

Do you have a topic suggestion for this blog or do you need my help?

With enough support, I may upload videos to YouTube.